I have uploaded an example I have coded a couple of months ago. The main idea was to replicate the spinning menu from the early Tomb Raider games.

Then using three.js, and open source 3D models of some videogame consoles I have been able to replicate it on the web. 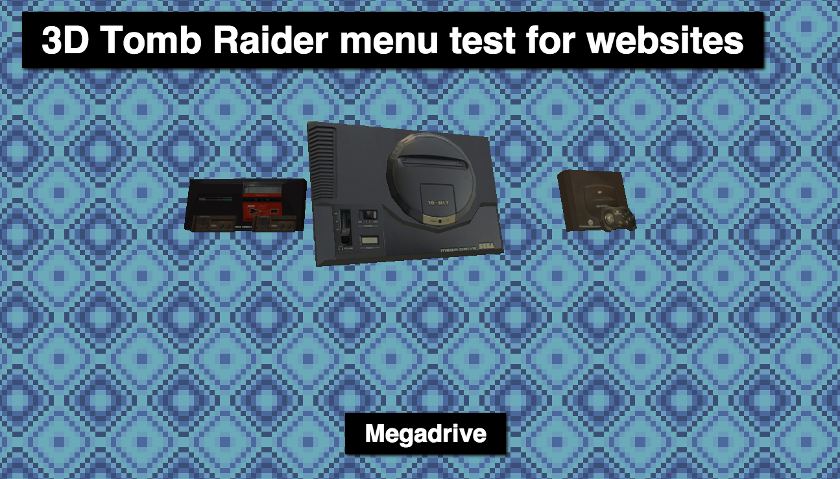 The 3D models are stored in OBJ format, the software also automatically position all the objects on the screen.
It's still just an example, it would be cool to encapsulate it and create a plug-in file to include this kind of menu in your website, but first I would like to polish it a little bit and check the different ways of loading an array of OBJ files.

Meanwhile you can try the demo or get the sourcecode.
Edit: Since I upgraded this little demo to something more complex, I deleted the old demo and repository, and you can check the more advanced version tombraider.js

Since I played Final Fantasy 7 I've been obsessed with the game. I love every artistic aspect of it, the ambience, the music, specially in the main city of the game. I always wanted to recreate the game and sometimes like today I try

My flappy bird clone has already been hacked by someone who scored 9999 points. Since this is a highly unprobable score for a casual player it's obvious that the game has ben hacked. This is really easy since the hiscore is sent in plain