I love vim, and I use it for programming whenever I can, however I have never used it in a professional environment since I have been programming at work with other editors like Sublime Text or Visual Studio (uggh).

Once you get used to a bunch of vim shortcuts your coding speed increases and you can't get back to other editor.
However, for me working with vim only at home on my personal projects made me stay in a zone of comfort where I knew there was some really inefficient ways for doing some tasks but I didn't had the pressure that a real job gives you in order to review and improve every single of those points.

This changes a few days ago when I had to do a working day test at a company and I chose vim for it.
The problem came specially to file navigation, as I was feeling nervous and I had to navigate through a lot of files and directories I started opening tabs, then I opened new terminals and after a couple of hours I had a terminals + tabs chaos where I didn't know where I was and what files I had already opened. 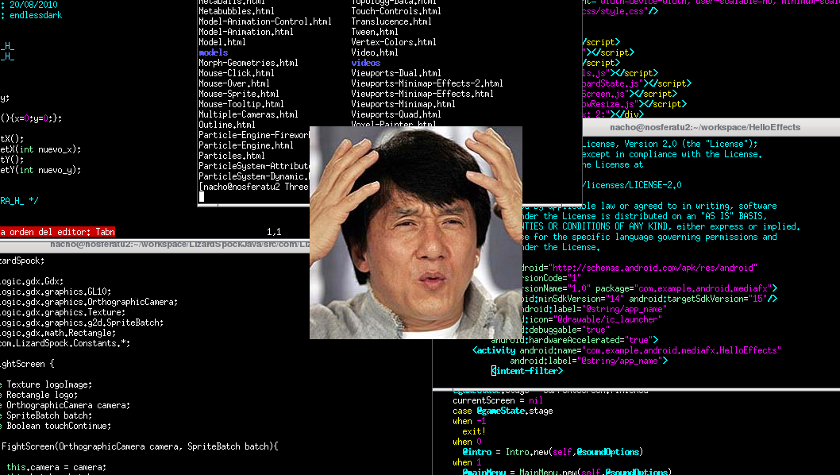 Yeah, I new I had a problem with file navigation but I didn't know this could come to that mess in a real working environment. Time to optimize this once for all.

The first rule I'm now apply when working with vim:

Never ever have various terminals with multiple vim instances opened.

Vim has its own system for managing multiple files, like tabs and splits. Having various terminals opened for multiple files at the same time could be nonsense for a vim expert but I used to do it from time to time with two or three terminals.
In the test I did the other day I ended up having like 9 or 10.

I was used to tabs but I didn't liked splits and found easiest opening multiple terminals, mistake. Plus, I used commands like :tabn, :tabp or :tabfind for working with tabs. This is extremely slow and I have stopped using them, now I am getting used and practicing these other shortcuts:

Now my productivity has increased a lot, but there is something else left.
As I said before, opening more than a terminal should be avoided and when you need to execute some shell command it seems the only way to do it. Well, as it is explained in this article it is not.

And talking about splits is also mandatory practicing this splitting shortcuts:

Which are more natural if you are used to the vim's directional moving shortcuts.

With these set of tools I'm increasing my speed a lot in the points I knew it was very poor.
And as general lessons learned from these days I get those:

Always push yourself out of your comfort zone in order to review and improve your skills. Even if you are good enough for your daily work, don't stop there.

Finally, as a general vim advice, don't read the command list like a book and instead practice a lot, force yourself to use those commands one by one and you will remember them perfectly, when dealing with vim practicing and not studying is the only way of learning.

Don't get stressed or overwhelmed and you will see good results.

Hello and welcome to another of my Final Fantasy VII research posts. This time we are going to focus on character 3D modelling. The first step is accessing to the game models using Blender, my favourite 3D modelling tool. Yeah, I am planning to

Last weekend I took part in a competition called Hack For Goo that took place all over Spain. The goal was to create a technological product in 24 hours that had some social value. I went with my workmate @antoniosejas and made a team